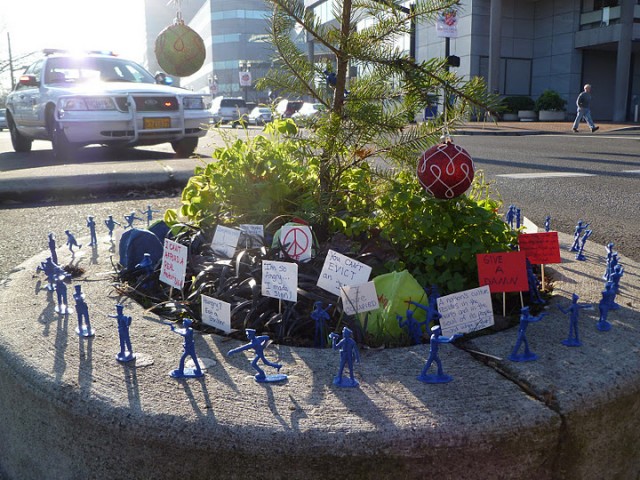 On December 16th, a flash mob organized by the Occupy Everywhere Campaign marched to the ‘Black Box’ building, the home of the Portland Business Alliance, and occupied its lobby with a miniature Occupy Portland diorama. The Portland Business Alliance was occupied because of its commitment to the agenda’s of the one percent as well as its involvement and support of Portland’s discriminatory city ordinances that continuously target Portland’s most vulnerable.

From the Portland Business Alliance the group marched to occupy Mill Ends Park, which happens to be the Guinness Book of World Records world’s smallest park. There, miniature tents, tiny protest signs, and little police officers were placed in the park as a symbolic representation of the Occupy movement and the struggle for freedom of speech.

This kick-off event is the beginning of what will be a mass PR campaign entitled “The Occupy Everywhere Campaign” intended to help generate awareness about Occupy Portland and the issues of economic injustice and corporate greed.

For more information or to get involved in future mini occupations please contact:
[email protected] 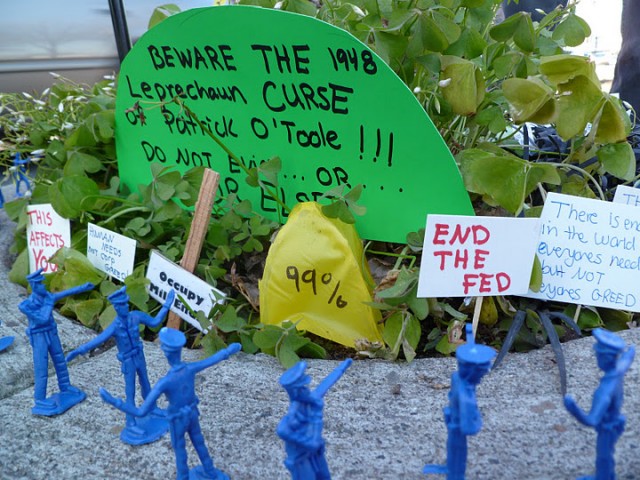 8 comments for “The Biggest Occupation Ever”