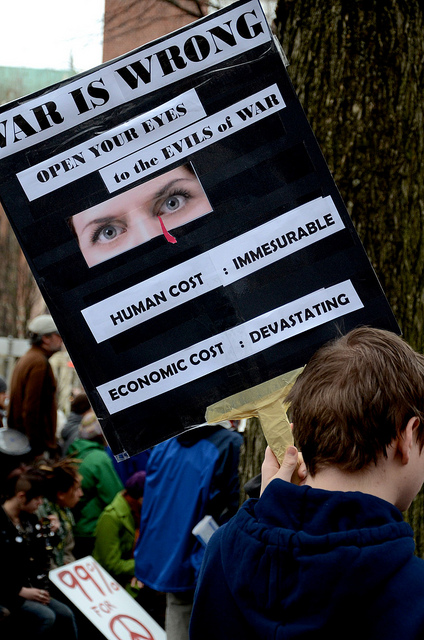 The idea that our textbooks are censored by omitting some facts and outright changing others to suit the beliefs and ideals of state board of education members is something most people don’t think about when they send their students to class. Like me they naively believe that our textbooks accurately reflect the subjects they set out to teach. This is not true in many cases, however for the purpose of this essay we will focus on the State of Texas and the recent changes it has made to our History and Sociology books, why I believe it was done, and how it will influence textbooks across the country.

In sociology, the State of Texas Board of Education voted this year to strike a reference to sex and gender as social constructs, as discussion of sex and gender would be very inappropriate in a high school setting, removed the terms capitalism and free market because the right wing members of the Board felt they are negative terms, choosing the term free enterprise instead (Texas Feedom Network). They also struck the word democratic from the description of the US Government, terming it a “Constitutional Republic.” They also no longer require that students examine the reasons the Founding Fathers protected religious freedom in America or that the US Constitution prevents the government from promoting one religion over another (Texas Feedom Network). It should be noted that nowhere in the Constitution or the Declaration of Independence is Jesus Christ or Christianity mentioned.

In 1983, any mention of President Franklin Roosevelt’s New Deal was deleted from History textbooks in Texas because school board members and community members viewed Roosevelt’s administration as socialistic and disagreed with his economic decisions (Lehigh University 2009). In March of 2011, the State of Texas Board of Education removed Thomas Jefferson from the section in history books reserved for the Enlightenment Era, the 18th century period of philosophic thought whose tenants included reason, skepticism, revolution and who inspired political change, replacing him instead with the likes of Thomas Aquinas, John Calvin, and Sir William Blackstone, respectively, a Roman Catholic Priest, a Protestant theologian, and an English Jurist, who wrote that the doctrines of common law are based on God’s Word (Texas Freedom Works)? If you see a prevailing theme here you are not alone. Several of our Founding Fathers were Deists, not Christians, and this I believe is what is driving the wave of censorship that is flooding our textbooks.

According to Wikipedia, “Deism is religious and philosophical belief that a supreme being created the universe and that this (and religious truth in general) can be determined using reason and observation of the natural world alone, without the need for either faith or organized religion.” Thomas Jefferson strongly believed this and it is well documented that he spoke openly on this to anyone who would listen. Many French and American Revolutionists followed Deism, John Quincy Adams, Ethan Allen, Benjamin Franklin, James Madison, Thomas Payne, and George Washington all were Deists. John Quincy Adams took the “Oath of Office” on a “book of laws” instead of the “traditional bible”, in order to preserve the separation of church and state. This goes against the religious right of this country, who believe God and Christianity are written into our government and try to rule with a religious hand, censoring anything that goes against their beliefs and ideals. It should be noted that nowhere in the Constitution or the Declaration of Independence is Jesus Christ or Christianity mentioned. As the State School Boards gain political power and change history and what we are taught in schools we are in danger of losing the truth about who we are and what our rights are as a nation. For if the school system that buys the most books can decide who is and isn’t, what is and isn’t, and what we should or shouldn’t know about each, what are we really learning?

What we are learning is the true meaning of “Capitialism.” Book publishers will bend over backwards to accommodate the requests of the State Education Boards in both California and Texas. While California is the largest buyer of textbooks, due to its economic situation, they have chosen not to purchase new textbooks until 2014, leaving the door open for Texas, the 2nd largest buyer, to make changes in text and demands on publishers, without the liberal balance that California brings to the table in normal conditions, in textbooks across the country for years to come. Publishers will do whatever it takes to get on Texas’ list to make a profit at the detriment to students and free press (Mariah Blake).

Parents and students need to take responsibility for what we are taught. No longer should we take for granted what we read and are taught in school as absolute, we never should have. We should utilize all the material available to us to do our own research whenever we question what we have read or been taught. If we do not stop the censorship in our textbooks eventually history will be re-written and the true values and ideas that made us the America that wrote the Constitution and The Declaration of Independence will be lost for future generations.

1 comment for “Capitalism, Censorship, Textbooks and The Conservative Right”