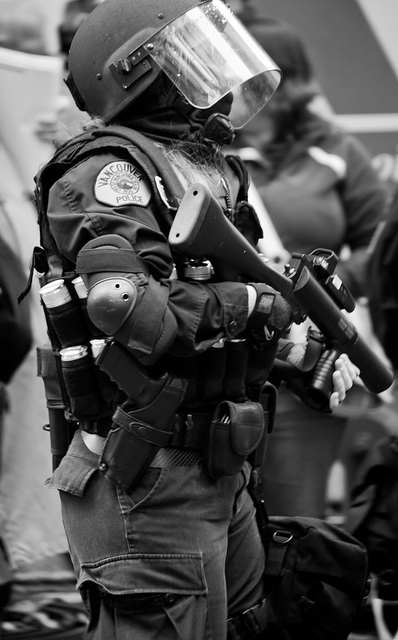 Sometimes the right book can set a city on fire. The right book at the right time can fuel action that isn’t just politically-correct lip-service, but action that makes change happen. A group of about 30 people spent the last six weeks reading and discussing Michelle Alexander’s The New Jim Crow: Mass Incarceration in the Age of Colorblindness, which reveals how Ronald Reagan’s so-called “war on drugs” was actually a war on people of color, a means to enforce a racial caste system that replicates slavery by another name. That war, supported by every president since Reagan, is still ongoing.

Alexander exposes the ways affirmative action and so-called colorblind policies have led to a “cosmetic diversity” that provides a few opportunities to individuals and thereby “diminishes the possibility that unfair rules will be challenged and legitimates the entire system.” The reading group at Reflections Coffee Shop is opposed to the “tough on crime” policy that has ravaged families of color in Northeast Portland. Discussion participant Richard doesn’t want to change people’s minds, he wants to change their behavior. Nabeeh is interested in action, not merely talk. JoAnn wants to stop police from targeting black and brown kids.

And so the group is moving forward to organize a community forum on the new Jim Crow–the social practice, not the book. The goal is to educate and engage the city of Portland, neighborhood by neighborhood, and dismantle the police state that incarcerates masses of young people of color. A reading group subcommittee is actively involved in planning the forum–slated for this year–that will include speakers and ways to organize direct action community groups.

Alexander writes, “If we want to do more than just end mass incarceration–if we want to put an end to the history of racial caste in America–we must lay down our racial bribes, join hands with people of all colors who are not content to wait for change to trickle down, and say to those who would stand in our way: Accept all of us or none.”

An organization of formerly-incarcerated people and allies has begun operating in Oakland, and their website outlines a number of campaigns, including “Ban the Box,” the box convicted felons have to check when they apply for employment, housing, education, and other social services. “If it’s about the check-box,” said one reading group member, “we’ve already failed. We’ve got to stop these petty arrests for nickel and dime drug offenses; we’ve got to stop the harassment of boys in hoodies; this is the time. It’s got to stop.”

While forum planning is underway, there are several actions people can take to get educated about racial injustice and the way it operates in Portland:

Explore the New Jim Crow website with links to documents, a reading guide and action ideas.

Watch Slavery By Another Name a 90 minute documentary available online. A public viewing is planned for June 2 (location tbd), but anyone with internet access can watch it now.

Read Michelle Alexander’s The New Jim Crow: Mass Incarceration in the Age of Colorblindness and join one of the two discussion groups starting soon. One group begins at 5 pm Monday, May 21 at PCC-Cascades (location–probably the cafeteria–to be announced).

Another discussion group, organized at Lewis and Clark College, will start meeting Sunday, May 27, 12:30 pm, at the Lucky Lab on Hawthorne. 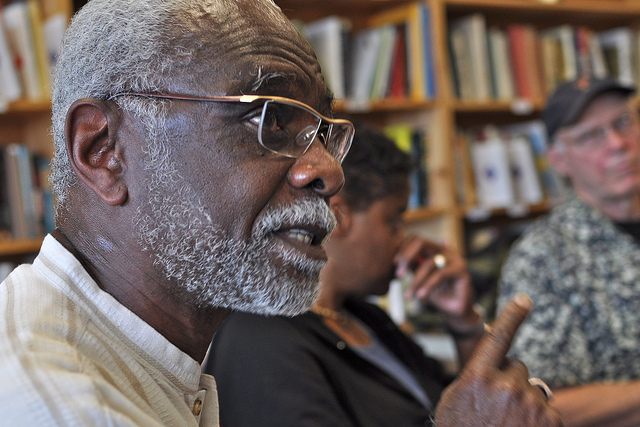