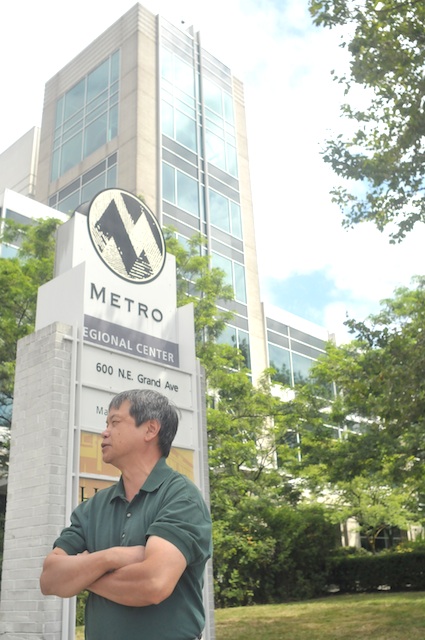 Jeff Locke worked for Metro parks for years, but left for an Oregon state park for better pay, benefits and a guarantee of continued employment.

Jeff Locke spent years in the Metro parks system and was by most standards an excellent worker. He was a volunteer roving naturalist at Oxbow Park for five seasons,  restored and maintained natural areas in Metro’s Open Space Program for two, and went on to Blue Lake Park for three seasons. After two years in maintenance at Blue Lake, Locke became a supervisor of seasonal workers.

Today Locke works at an Oregon state park and Metro has lost an employee who will no longer be able to contribute his experience to the enrichment of our local parks, one of the integral components of what makes Portland life so wondrous. Why?

One of the overarching reasons is budget cuts. Since 2008, about 650,000 US public employees have lost their jobs, one of the many reasons the unemployment rate remains dismal. Things have not been so bad at Metro, but there have been cuts, including $70,000 from Blue Lake Park in this year’s budget.

“What this means to the service of maintaining Metro parks such as Blue Lake and Oxbow.” said Toby Green, organizer for Laborers Union Local 483, “is that no new park rangers are being added, so therefore they must rely on seasonal workers to carry more of the work load with less resources.”

These are not the mundane tasks park goers often associate with the stereotypical college student looking to earn a little beer money. “The level of skill that is being provided for many of these jobs – vegetation, sanitation, hedge, and stone repair – is of quality that is fairly high considering that most of the seasonal workers have been employed 3 or 4 years,” said Green. “Being a Seasonal is physically and mentally demanding work. A child gets lost in the park, these workers are out looking. A summer rainstorm kicks up debris, and they’re picking it up. A patron has a complaint? They are yelling at the Seasonals first, and they must de-escalate the situation. They should by all rights be entry level Rangers. There are profound differences between the two jobs, but there is quite a bit of overlap as well.”

If Blue Lake was an Oregon state park like L.L. Stub Stewart, where Locke currently works about about 30 miles west of Portland, he would still be there. But unlike state workers, Metro seasonal employees are not unionized, nor do their years of job experience have any contractual bearing on whether they return next season.

State park seasonal employees also receive higher pay than their Metro counterparts, plus health and dental benefits, sick leave and vacation days. Not being rehired came as no great surprise to Locke, though he remains concerned about the well-being of former co-workers. “I’d been around Metro long enough to realize you always gotta cover your bases. A lot of these guys at Blue Lake, it’s the only job they can get.”

At a time when typical anti-union rhetoric in the country has been severely turned up, particularly against public employees, the comparison between Metro, Portland, and state park seasonal workers adds evidence to the numerous studies proving union members earn higher wages and benefits than non-union workers in similar jobs. Unfortunately, when fact and ideology conflict, ideology often wins, as recently shown in Indiana, Ohio and Wisconsin where anti-worker legislation targeted public employee unions.

Toby Green has been working to unionize Metro’s seasonal workers since December 2011. “I had this rather naive notion that five seasonal workers was equal to five regular workers,” he said. “Not so, according to PECBA [the Public Employees Collective Bargaining Act – the Oregon public employee equivalent of the National Labor Relations Board]. We filed and then withdrew the petition because the board deemed that while we had a majority of the five workers signed up, what we didn’t have was the majority of the 37 workers that had been employed the season before and the board had classified as having a ‘reasonable expectation of re-employment’.”

Green made many home visits to workers who reported being fearful that signing a union card would mean that Metro might not rehire them.”So I told them, okay, I will wait ’til you are rehired and then the Seasonals were signing up fairly rapidly,” Green said. “As far as I know, not one person has received a reply yet, though Metro has made us well aware that they have received the emails.” 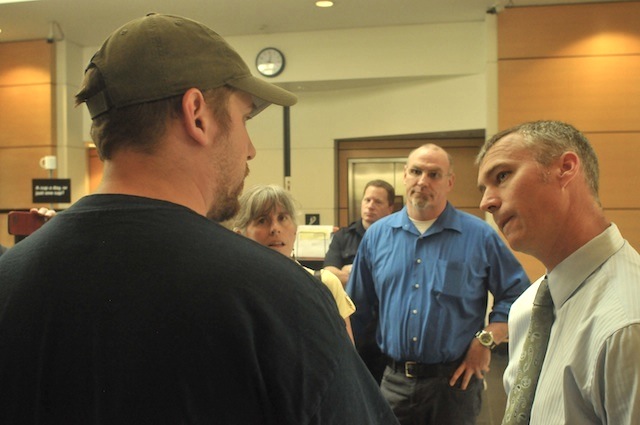 On July 30, Green and a crowd of about 15 delivered over 200 petitions to Andy Shaw, chief of staff for Metro Council President Tom Hughes. The petitions demanded that Metro Council recognize the seasonal workers as part of the Laborers Union.

This fight goes beyond wages, benefits, and security: As vitally important as those things are, fairness and dignity also are at stake –  both for Metro parks seasonal workers and all workers. Particular to Laborers Local 483, Green said, the struggle matters because “a workplace cannot exist in solidarity when haves and have nots exist. The chief difference among the workers is not pay, healthcare, or hours. Those issues are symptoms. The chief difference is that Seasonals can be dismissed or fired for any reason. They are dismissed at the end of the season regardless, and Metro has no obligation to bring them back. Different pay, different roles, okay, that is understood. But not having worker rights that only an organized workforce can provide? Not acceptable. By having workers unorganized it weakens the union’s ability to represent the work because a significant amount of workers are not in the conversation.”

“We are going to make sure that everyone who works in the contracts we represent has their rights as workers protected and the opportunity to negotiate with their employer over wages, hours and working conditions” said Green. “We are willing to keep going until that goal is achieved. The best part about this goal is that if these workers win, the community ultimately wins.”

For more information on this struggle: http://www.facebook.com/union4seasonals