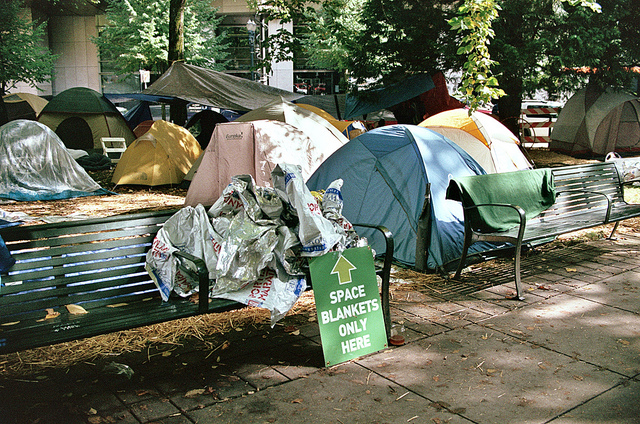 My brother and I sat uneasily on two wooden milk bottle boxes in the back of a 1937 Pontiac coupe. This car only had a front seat, so when we came along, father cut out the hat shelf and put two boxes for us to sit on to make it a family car.

Dad smoked. Even when driving. He would hold the cigarette in two fingers leaving three to hold the wheel along with his other hand. For some reason, a six-year old sitting there in the back, I couldn’t relax until he was finished with the cigarette and put both hands firmly on the steering wheel. I didn’t feel safe until all ten fingers steered the car.

Later in life, I realized the reason why I had a happy childhood is because I always felt safe.  My parents, my community, my school; everything made me feel safe. It is not a small thing.  But it didn’t sink in until recently.

In the summer of 2010 I became homeless. Eventually, I found refuge in a tent, deep in the forest. It made me feel a bit safe with a temporary spot of my own.

Now, the plight of the homeless, the foreclosed upon, those thrown out of a job are upon us.  Ruminating about how much sense Camp made, a light bulb came on. If it only took two city blocks to provide refuge to that many people, why didn’t we do this a long time ago. In short, why not have a good-size plot of land nearby to simply give to those who need refuge for awhile. I only needed two months. Others may need more. But no deadlines.

Last Wednesday morning, Dave Miller of OPB’s Think Out Loud had a session on homelessness. Many that care devote their energies to the plight of the homeless. There are two things that are clear:

First, there is no hand off. If one needs transitional care, there is no one to walk those needing refuge from one oasis to another or from one social service to another. Thus, many simply walk away, and die.

Second, there is no plan to absorb those from Right2Dream, Camp or any other city street where the homeless sidle up to sidewalks for refuge.

Proposal: Let’s create a welcoming space of several acres near town where they can just pitch a tent. No questions asked. No deadlines. A simple patch of land for the homeless for their temporary refuge. What can it hurt?

The need for safety is more powerful than most understand. My father never gave up smoking and driving with those three fingers. It takes so little to make one feel safe.

2 comments for “Two Fingers Away from Safety”