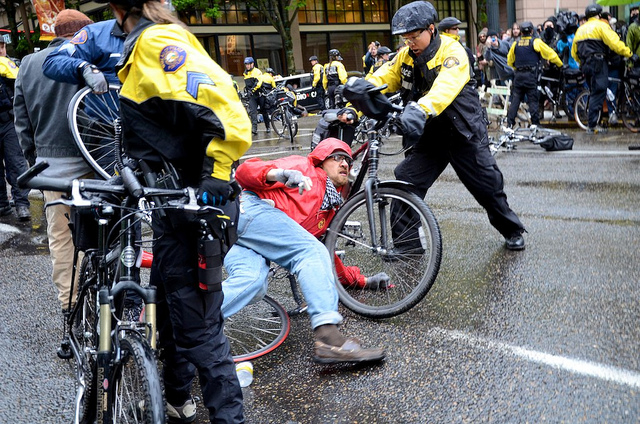 First, the Elders explored what others are doing to combat the long-standing problem in Portland of police officers killing, beating up and generally causing violence upon the citizens of the city.  Here are some of the organizations monitoring police abuse in Portland:

It is apparent that Portland Police still have a long way to go even as measured through the Portland City Auditor’s evaluations:  The IPR wanted the bureau to ensure that officers are property trained before using new equipment, and suggested Portland improve its oversight of SWAT teams by allowing regular independent reviews of its training.

Five years later, the recommendations have yet to be put in place – one of a number of suggested bureau improvements that have gone unaddressed, according to a recent city audit.

In this setting, the Group of Eight Elders met with Amy Ruiz, the Mayor’s Deputy  Chief of Staff on this Wednesday last.  The meeting was friendly and informative.  The Elder’s objective is to set the table for another meeting with Portland Police policymakers.  The City representatives did not appear to view the meetings through the same prism.  They envisioned dialogue and mutual outreach on a more junior level.

Mayor Sam Adams is a lame duck, so the discussion centered around whether anything meaningful will happen when he, along with his staff, will be gone in months.

The discussion then turned to whether Occupy Portland in general and The Elder Caucus in particular can serve as a change agent for the City Police Department.  One of the firewalls is the police department’s union.  Amy instructed that they are an independent entity that controls what sort of meetings will occur with citizens and who, from the police department will attend what meetings.  One sharp senior pointed out that we have friendly dialogue with individual police in the park and elsewhere all the time.  The problem is how to transform that sort of dialogue and information to police people at large.

Portland Police are going to have a Police Training Citizen Advisory Committee.  This will mark the first time that citizens will be involved in Portland Police training.  The importance of this is underscored by the Independent Review mentioned above.  This California based study observed that all too often citizens simply went along with police training that they did not sanction nor agree with.  The new Portland based citizen advisory group will be part of the inauguration of Portland’s new police training facility.

The next step is how to coordinate the next meeting to include the police in attendance.  Following the 45 minute meeting, the Elder Caucus agreed to report back to Occupy Portland on the results and discussion of issues at this meeting.

Government counts on citizens not following-up on meetings such as this.  But, Elders have a long memory. 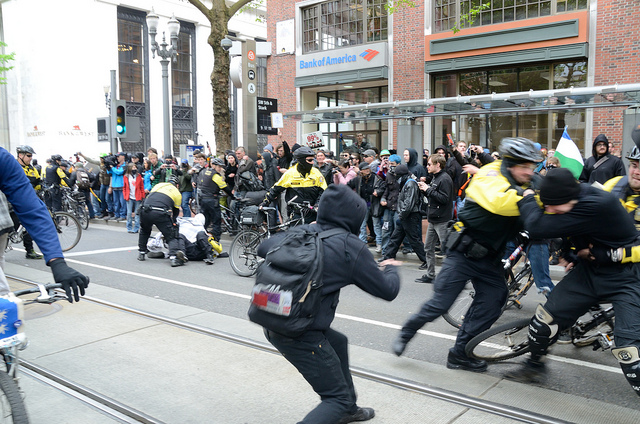