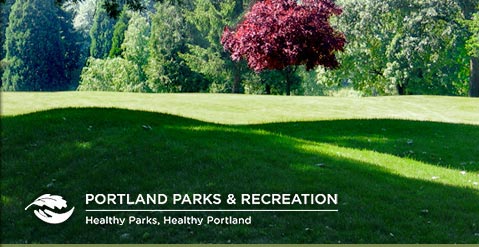 The real values and priorities of City leadership tend to be revealed when hard times force significant financial cuts. Research by the Taxpayers’ Budget Committee into the Portland Parks and Recreation’s Enterprise unit—the Golf Fund—strongly indicates that city wide reach in recreation activities continues to reflect protecting the interests and influence of the few who can afford to play that sport, at the expense of most Portland residents who want basic recreation programs and safe, clean parks.

In April 2013 Portland Mayor Charlie Hales informed the four City Council commissioners that a $25 million shortfall had been factored into the initial FY 2013-14 budget. Every Bureau was told to cut requests by 10% for what seemed to be across-the-board austerity—even if it meant elimination of entire programs, several of which address the disadvantaged.

One thing assured in this particular “financial exigency” was that the deepest cuts would be applied to programs whose recipients up to the start of the Occupy movement in October 2011 had little influence in City decisions over General Fund allocations: the helpless, the hopeless, and those who can’t afford—or have no energy—to complain.

The greatest indicator that budgets show the truth was in this year’s Parks and Recreation Bureau’s line-items. To save $80K, the Bureau decided to close the highly popular inner-city Buckman swimming pool. Though it’s served tens of thousands of children and adults for decades and requires only a $27-51 pass for youth, the pool has never been self-supporting even enough to qualify as an “enterprise fund” like golf.  So Buckman has had to be repeatedly rescued from closure, usually by the 11th hour outcries of Good Samaritans–as it was, once again, this year.

On the other hand, the City’s four golf courses—one of which is set to build a $5.4 million clubhouse—did not suffer the budgetary snickersnee to touch its projected line-item of $1.25 million. Nor was it denied its projected expenditure of $2.7 million for golf carts. That’s because years ago they were chartered as an Enterprise—the Golf Fund—under the parental roof of the Parks Bureau.

However, the Fund depends on low-cost City services from other Bureau units to survive. True, it reimburses those entities for such in-house services, but not for the talent and energy staffs must shift from regular and far more important duties, including helping the rising tide of disadvantaged Portlanders.

A prime example of this subsidized dependence occurred in a 1992-96 lawsuit filed by a concessionaire, not against the Golf Fund, but its parental overseers: The City of Portland and both the Bureaus of Parks and Recreation and Purchases and Stores.

Whatever overhead sums the Golf Fund’s reserve account held in 1992 could never have covered the legal expense and expertise required to fight a concessionaire’s lawsuit that by 1996 had traveled all the way up to the Oregon Supreme Court.

Back in October 1992, Double Eagle Golf, Inc., the concessionaire at the City’s Progress Downs course (today, RedTail) deeply resented the failure to win the low bid for the lucrative Heron Lakes contract. Eagle sued in Circuit Court. The City countersued, charging that the firm had violated its Progress Downs contract “by compensating starters and marshals with free golf and installing video-poker machines, both without City Council permission. Eagle’s countersuit claimed the City had violated its contract “by failing to upgrade and improve the Progress Downs course” and that a City-launched audit of the golf program constituted harassment.

The Circuit Court ruled for the City on the contract process, but a jury denied its countersuit on breach of contract. Eagle successfully pursued those decisions to the Oregon Court of Appeals, whereupon the City countersued and won the decision on contract-process fairness and got the alleged Progress Downs violations quashed. Eagle then appealed the rulings to the Oregon Supreme Court.

The suit was fast becoming an expensive albatross for the City and a black-eye for Progress Downs, as well as Heron Lakes. City Auditor Barbara Clark then stepped in. She was concerned about signing off on the money that had to be transferred from the City’s reserve accounts to the City Attorneys’ accounts to cover the expensive suit. And there were also intangibles beyond salaries: staff talent and energies—and public image about expending them for golf. Clark strongly recommended mediation. The City Council instructed her to audit the golf program, which entailed diverting an eight-person team from other assignments to produce a golf document.

Issued in May 1995, the Auditor’s report was damning, but heavy on constructive operative changes for the Parks Bureau and for the Golf Fund’s survival. While omitting the concessionaire issue–possibly because Eagle could use the findings in its appeal to the Supreme Court–it did unmask the endemic problems involved in keeping a minor, and expensive, sport operational.

The “primary cause” for a 16% drop in rounds in 1994’s last two quarters was attributed to the Council’s decision to raise non-resident–at least half of the program’s golfers–green fees by 12%. That decision “seriously affected the financial condition of the golf program,” the team said, but noted many other factors were at play, chiefly failing to monitor everything from purchases to concessionaire actions and computerizing tee-time reservations, to disposition of revenues “first for ongoing operational and financial requirements before…other purposes.”

The Auditor’s previous suggestion of mediation between Eagle and the City did result in a temporary truce in December 1995, which fell apart when Eagle succeeded in getting the Oregon Supreme Court to hear the case. Litigation ended when the Court ruled against Double Eagle.

The Auditor’s report and the three court decisions apparently prodded Mayor Vera Katz and then City Commissioners Charlie Hales, Gretchen Kafoury, Mike Lindberg and Charles Jordan to order yet another audit, this time about the “golf concessionaire selection process.” Once again, personnel turned their talent and energy to golf and discovered that the principal cause of this costly litigation was due to the fact that Parks had unclear bidding language.

One result of the Double Eagle lawsuits was the winding to let its concession contract at Progress Downs run out. But the other result—a major and prohibitively expensive change—was the complete makeover of that course, which began in 1999. It was renamed “RedTail”, ostensibly because red-tailed hawks frequented nearby trees, but probably to remove the lawsuit’s negative image.  Zoller redesigned the links to attract championship events and added a high-profit center: a lighted driving range. Also included were clubhouse renovations and construction of a maintenance building.

RedTail’s total remake came to $8.1 million (including $2.1 million in interest). The Golf Fund paid for the work by securing Parks Bureau permission to float $6 million in pay-as-you-play revenue bonds that would be covered by revenue accumulations in the Revenue Bond Redemption Fund reserve account. Though the next concessionaire donated some profits to underwrite that sizable interest rate, Zoller says that it was gradually reduced over a 13-year period by “scrimping and saving” to pour revenues into the Fund’s bond account. But the early payoff also was helped by borrowing a non-interest loan for $53K from the City’s Park Memorial Trust Fund reserve account. It was repaid this year.

The next capital expenditure was to build the $5.4 million Heron Lakes clubhouse.

Even before the RedTail project was paid off, the City’s FY 2008-09 budget allocated $200K for preparatory expenses (architect/engineers/ permits) for the clubhouse. Its two world-class 18-hole courses just off the Columbia River have been called the “crown jewels” of Portland’s public links, and for 30 years the talk has been that the small and snug present clubhouse is inadequate to serve its courses. By the 2009-10 budget cycle, the Council pegged a five-year projection of the total cost at $4.2 million, a figure that had grown to $4.7 million by FY 2010-11.

By late 2012, the architect and engineers had finished their work, at a cost of $700K. The clubhouse was now being called a “pavilion” and permit requirements had been  met. Money was steadily accumulating in the Bond reserve fund, enough, it seemed, to be able to seek out buyers of the revenue bonds the Golf Fund wanted to float. But by May 2013, Zoller had to tell the Golf Advisory Committee that “bank financing is not possible, but the reason is not clear.”

The meeting’s minutes don’t expand on this lack of clarity, though it would appear to some that in light of the 2008 banking meltdown and subsequent bailout, many major banks were focused on amassing reserves and doing little lending for either small or large amounts. It is also equally possible that loan officers had read reports about golf being a dying sport long before the Great Recession. So, despite the City’s AAA credit rating and the Fund’s early payoff of RedTail bonds, the specter of public course closures may have turned banks off to the venture.

More bad news followed: The permits had come into question. Because Heron Lakes’ two courses are situated on a floodplain, suddenly the clubhouse location had become uncertain. In mid-June, Zoller had to tell the Committee:

Management is working on the ‘conditional use permit’ to see what it will allow us to do. Some amendments to the permit may be possible, but if re-permitting is required, it will be a very complex process.

Then, came good news in early July 2013 when the Parks Bureau’s financial analyst reported that the Golf Fund’s Revenue Bond Redemption account had accumulated $1.2 million. She predicted that within two years a smaller bond might be floated on a lower interest rate. An increase in $300K from profits was predicted by year’s end.