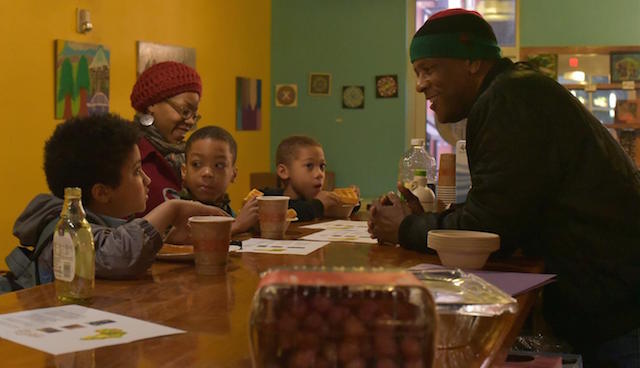 “Days up and down they come

Forget most, remember some

But don’t turn none away”

At the end of this month Portland will be losing organizer and author Ahjamu Umi as he packs up stakes and heads to Sacramento, California. I would say Portland will be the lesser for his absence, but that would ignore the immense good work he has done and the many other good people who will continue doing that good work.

I forget when I first met Ahjamu, but it was around May Day, 2012 when members of the community put Alicia Jackson El back in her house that had been foreclosed on. That was a wonderful day, and the ensuing months that saw Jackson El and supporters defending her home gave a healthy look at what can be gained through good organizing. While it was hardly the most comfortable of living conditions, it was for Jackson El, home. Around the clock, people kept watch for police looking to remove Jackson El. There was an emergency phone tree, and on a number of occasions, when it seemed a raid was imminent, a few hundred people turned out within 30 minutes to stand in the way. Ahjamu was part of the team which helped organize the defense. It was impressive work that saw Jackson El holding on to her home for far longer than most people expected. The spirit of that defense–and the organizing the buttressed it–spread to other people and their houses and homes. It made a difference in many people’s lives.

Not long after that housing defense began, Ahjamu was speaking at a rally outside of City Hall. My Friend Denis Theriault, then still loyal to the Portland Mercury, was standing next to me. I asked him if he knew Ahjamu, and he said he did not. “The man is a quote machine,” I told him. That is not always a compliment, but I said it with the utmost respect. Ahjamu possesses that rare ability to take complex material and distill it down to language that is easily understandable, but without dumbing down the information. It’s no mean feat, not least of all because it requires keeping your ego at bay. Hearing him speak is listening to an exercise in effective communication. 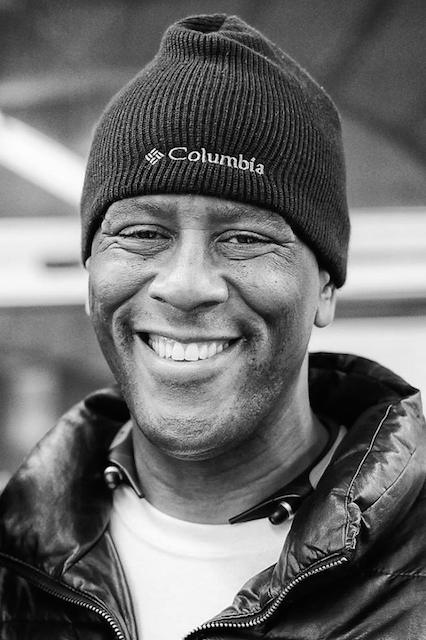 Last November, not long after the elections, Ahjamu spoke on a panel as part of an event featuring the work of the Rural Organizing Project (ROP) in organizing people in rural Oregon against white supremacist militia movements. He talked about the work of the All-African People’s Revolutionary Party (A-APRP) of Oregon, for which he organizes, adding that if people wanted to know how to support the group and its work, they could talk to the members who were in the room that night. Just in case there was any confusion, Ahjamu wryly noted to the largely white crowd that “God has made it so we’re easy to recognize.”

More importantly, the organization is identifiable by its work.  In April 2015 the A-APRP started up a free breakfast and education program modeled on the Black Panther Party’s free breakfast program. It was held at Columbia International Cup in New Columbia, and twice a week it served up healthy breakfasts and knowledge to children. Many months of organizing went into establishing the program. A-APRP members spent hours knocking on doors, educating people about the need for the program, and signing them up. The food–much of which was gathered through community donations–was far more nutritious and conducive to learning than that served in Portland Public Schools, and it was wonderful seeing children and adults–all acting as students and teachers–coming together and breaking bread.

But in 2016, Columbia International Cup closed. What to do? Well, as the good folks who make up the A-APRP say, “Forward ever, backward never,” and this past Autumn, the School of African Roots (SOAR) opened at Abbey Arts in North Portland, which among many other programs sees the A-APRP providing free education in African culture and history for two hours on the first and last Sunday of every month. The classes are well attended, and the student base is expanding. I look forward to covering the program in the future.

Ahjamu is also an author. I read and reviewed his book The Courage Equation, an engrossing novel that put to page many of the organizing and philosophical principles of the A-APRP. However, with all the work in which he engages, I still have no idea where he found the time to write it.

I have used the word “organize” and permutations of it a few times in this piece. And with good reason: you cannot listen to Ahjamu speak for too long before you will hear that word. It is integral to his being. He is always pushing for people to get involved in organizing work, to develop sustaining structures that can challenge the system and uplift themselves and others. Not only does he organize, but he also stands by those doing organizing. He helped organize security for the Rural Organizing Project when it traveled around Oregon speaking about organizing against white supremacists and militia groups. He did the same for Walidah Imarisha when she took her Why Aren’t There More Black People in Oregon? across the state.

Much of Ahjamu’s presence will remain. He often speaks humbly about how we stand on the shoulders of our ancestors, and the Oregon A-APRP chapter has minds and spirits just as sharp, wondrous, generous, and beautiful as his in jamallah bourdon and Adrienne Cabouet, just to name two of its members who have been integral to and will continue the group’s important and invigorating work. Meanwhile, in Sacramento, Ahjamu will–of course–continue organizing for the A-APRP. Forward ever, indeed.

More personally, Ahjamu is my Friend. He is as decent a person as I have ever met, and I am lucky to have crossed paths with him. Always thoughtful, always kind, and always of good humor, I will miss him. I am sad to see him leave, but I am glad others will benefit from him and his work. I know I will continue doing so.

Good luck in all you do Ahjamu, and thank you.

Want to help fund the organizing work of the All-African People’s Revolutionary Party?  Make a donation at: https://www.paypal.com/donate/?token=iRpnu948QW4JTOPwQWS2RRVTpVkp9a46ztQtiNKSiG4zEKOvV3sRJ-3_j9siynakopzb0m